Album: Me. I Am Mariah…The Elusive Chanteuse 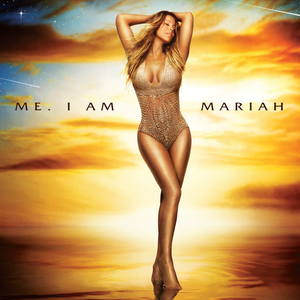 Me. I Am Mariah... The Elusive Chanteuse is the fourteenth studio album by American singer-songwriter Mariah Carey. It was released on May 23, 2014 through Def Jam Recordings, her first album on the label since the disbandment of The Island Def Jam Music Group and subsequent reorganization of constituent labels Island Records and Def Jam. The album had been in development since 2011; during its production, Carey hired friend and collaborator Randy Jackson to manage her career, before replacing him with another frequent collaborator Jermaine Dupri. Previously titled The Art of Letting Go, the album was originally scheduled for release in 2012 following the release of the single "Triumphant (Get 'Em)" featuring Rick Ross and Meek Mill. However, after underperforming, the song was removed from the album and additional songs were recorded, causing the release date to be pushed back several times throughout 2013 and again in 2014 before its final date was announced. Together with Bryan Michael Cox, Carey and Dupri executively produced the album. It is named after a self-portrait that Carey drew at the age of three-years old that she captioned "Me. I Am Mariah"; the portrait is featured as part of the back cover of the album. "The Elusive Chanteuse" part of the title is one of Carey's many monikers. The singer used YouTube to upload a video confirming the title, cover and track listing of the album, a stark contrast to the previous title which leaked when a retailer listed the album for pre-order. Nas, Miguel, Wale, and Fabolous all make guest appearances on the album, in addition to Carey's twins Morroccan and Monroe. On the deluxe edition of the album, R. Kelly and Mary J. Blige respectively make appearances on remixes of two songs taken from Carey's thirteenth studio album Memoirs of an Imperfect Angel (2009). Me. I Am Mariah... was preceded by the release of three singles including, the Australian top-ten and US Billboard Hot 100 top-twenty hit "#Beautiful" (a duet with Miguel), as well as "The Art of Letting Go" and "You're Mine (Eternal)". User-contributed text is available under the Creative Commons By-SA License; additional terms may apply.